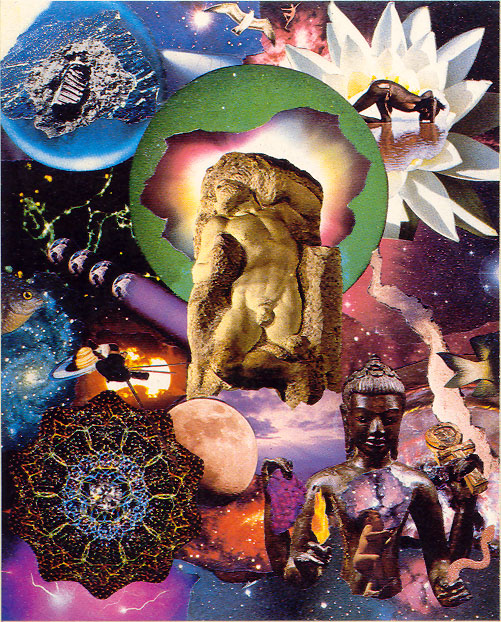 WHAT IS DIVINE INSPIRATION AND WHY DO WE NEED IT? Why do we put ourselves through the efforts of creation, giving and giving of ourselves over and over again, when it sometimes seems there is so little return? Why do we feel compelled to write, as though our very blood and breath, our bodies and our spirits, couldn't live without it?

As though we have little choice but to dip into that divine well and drink of it as best we can and, in so drinking, surrender ourselves to what comes after. The words surge through us and we can't just help ourselves. We must write or die.

As poets, it's true that we can't help but be inspired by the wonders and horrors of the world around us and our own experiences in it, both sweet and the bitter, but poetry comes from a divine source is clearly something special. It seeks to cast a light darkly through a stained glass window, a light that otherwise might not be seen. It seeks to tell a truth that can't otherwise be told. It seeks to transform all who hear it, spreading change in both creative and destructive ways. While the poet who becomes the conduit for that light, that truth, that transformation may not, at least at first, even be consciously aware what it is we've gotten ourselves mixed up in. We may not know we've essentially become a priest or priestess of the Muse.

Words pour through the hands of a poet like drops of crystalline water, sparkling and sparking off the outer world, looking for purchase in the physical. Poetry wants to describe what is difficult to describe, hard to capture. It tries to hold the shimmer of the dying sun on the waves, the gleaming arc of the stars across an impossibly deep night sky, the smile and scent of a newborn baby, the energy rising up within you as you dance around a Beltane fire, something you can't otherwise grasp and yet are intimately drawn to. As Yeats puts it, the true poet is all the time a visionary...

Divinely inspired words carry an even greater charge, one that resounds through all aspects of prophecy, magick, and witchcraft. These words have power because they remain closely linked to the web that lies behind the physical form of things, a shining web that some call Wyrd or fate itself. 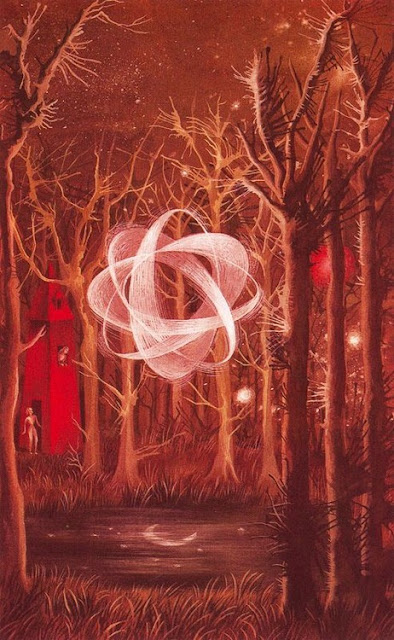 Of course, all destiny cannot be written in words, cannot be captured in a physical shape. Yet destiny must, by its nature, find its way into this world and the only way to do that is to take on form.
The current of power is the bright darkness and black brightness that hides behind divine poetry, divine song, divine prose, all of them paeans to the Goddess Muse. They are prayers to destiny, seeking to grasp what cannot otherwise be grasped. We know its there because we've felt it on rare occasion. We've caught a glimpse of what is really real through the cracks in the world's skin. We've dreamt and dance it, and yet seen it slip away as soon as the dream ends or the dance dies.
Of course, it means pain to hold the truth of these words, these feelings, even for but a moment. It's an ecstasy and astonishing to behold, just for a breath or two, what lies behind the window they make on the greater universe. But then for a poet to be a channel for the divine, we must live in pain and pleasure for the time it takes to write these words down - knowing the whole time that they can never be enough, never tell the whole story. All we can do is brave the pain and not let ourselves be carried too far adrift into the rapture. All we can do is struggle to submit ourselves and our meager talents to the gift we have tapped into.
Truest poets often die of this gift. We are torn apart by the forces we have unleashed upon the page, the canvas, the world. We wear ourselves out by rushing ever after that singular experience; often giving up what most others think makes living worthwhile. But then what can food and family, fame and fortune, mean to us when compared to the glories of drinking the divine essence? Better to be a bright light and burn out than to live on in the slumbering dark.
Like prophets of old, we can't quite help it. We can't resist that bargain, difficult and dangerous though it might sometimes be. That beautiful light is just too terrible to resist, and to make the attempt to put it into words becomes a quest as great as any hero ever undertook. But then we are heroes in our own way - going Out There, experiencing the edge of what is normal and stared, and then going even further, into the dangerous Abyss. Trying to find a way to bring back what we've found there and give it purchase in this world. Through our efforts, what is supernatural might become quite natural. That is, the odd may well turn into the norm, the strange becoming the accepted way of things. And then, the poets of the next generation must do it all over again, pushing the envelope, sparking the continued evolution of the human spirit and collective psyche.
Many artists have found themselves on that bittersweet edge, riding between ecstasy and despair. John Keats, Edgar Allen Poe, John Wilmot, Sylvia Plath, [Jack Kerouac] - there are many names, many gravestones, some well tended and some forgotten, scattered along the battle line of the Arts. And yet how could they not fight the fight? They were all drawn to it, unable to resist, unable to be anything else but whom they were meant to be. They chose to live until they died and to not demean the price, to not deny their gift.
This is our shared journey, the journey of the poet and the madman. It's much the same journey as that taken by the practitioner of the occult, the seeker after what is 'hidden', what can't be grasped by mortal means. For magick is an art like any other and needs inspiration, and so must seek to court the chancy favors of the Muse. Ritual may be expected method rather than the pen or the keyboard, yet they are all tools in the end to touch the source and bring about transformation.
We, as poets, are the Witch, the Magician, the Prophet, the Shaman, the Star. We are all wanderers in the dark, seeking to bridge two worlds through the sheer power of the word, allowing that bright current to flow through us. Destruction, change, rebirth, passion, fear, heartbreak, hunger, need, bravery, seduction, daring - all must pass through the page and out into the world. As ideas and spirits and forces far too great to exist in their present form and be intact in the physical find their manifestation through the arts.
We do our best to open that door for them to enter in, even if it means we pay a great price for the effort. Even if, sometimes, that price means everything. For we hold the door open through our life force, bleeding to bring to the world of form something that's never been seen or known before. Out of love, we make new what is most needed. We do it because we can and because we must. For that creative force, once felt, no longer allows us to turn back. We've tasted the divine and we want desperately to share that essence, that experience, as best as we are able.
Who are we and why do we do this? We are poets. We are madness. We are desire. We are prophets. We are witches. We are the evolutionaries of the world and revolutionaries of [destiny]. We are glitter in the hundred thousand eyes of the great spider who sits in the very center of all that is chaos and empty and nothingness and weaves all that is real and there and perfect. We are the darlings of daring and the servants of the art, an art we would willingly allow to break us, if only it lets something truly special into the world. 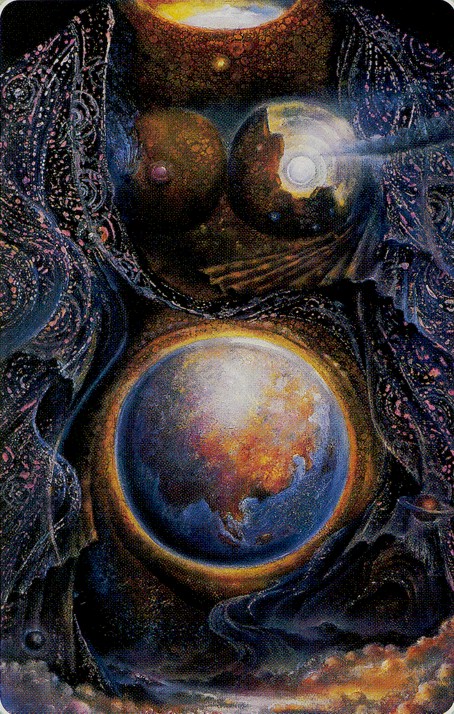 From Datura : An Anthology of Esoteric Poesis
Posted by Number Two Collective at 8:31 AM No comments: