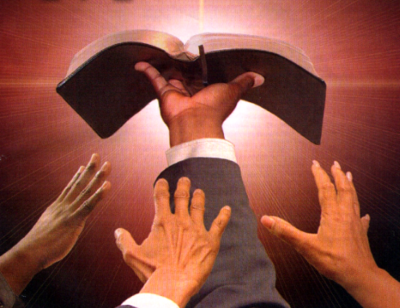 1. No rhythm Chaos has but for when dancing.
2. How you say, DeeeLite?
3. Existence of PLATYPUS.
4. Sanity is costly; they charge much to cure the illness that is not. Insanity, however, is still
free.


5. To have government is to abolish at least one freedom: the freedom of deciding one's
morality.
6. Philosophic dadaism is not death. Hug a duck.
7. Philosophic dadaism is the enjoyment of life for the reason of having no reason.
8. Oh, cool. A penny.
9. If the answer is right, who cares if the question is wrong?
10. Psychosis is artistic intent; Psychosis is not religion nor philosophy.
11. .sdneirf ruo era skcuD ehT
12. Metaphor is such a fascinating tree, don't you climb?
13. IT'S A PROVEN FACT THAT A JUKEBOX HAS NO EARS.
14. Reason, Reason is my middle name.
15. The ONLY emperor is THE emperor of ice cream.
16. Let being become the conclusion or denouement of appearing to be: in short, ice cream is an
absolute good.
17. Forgive me they were delicious o so sweet and so cold
18. The pedigree of honey does not concern the bee; A clover, any time, to him Is aristocracy.
19. He would cry out on life, that what it wants Is not its own love back in copy speech, But
counter-love, original response.
20. Somedays, time is non-linear. Other days are just like some days.
21. As the concept of non-existence exists, so too is stillness a high.
22. Poetic Terrorism is neither yet both.

23. Normals have problems. Psychotics have FUN

Posted by Number Two Collective at 11:38 PM No comments:

Holy Hell and a How doodly do you do doodly doo?

Numberous & ever expanding with unbridled change i hope and pray and make fabulous sassy sultry dances to convince various spritual agencies for. 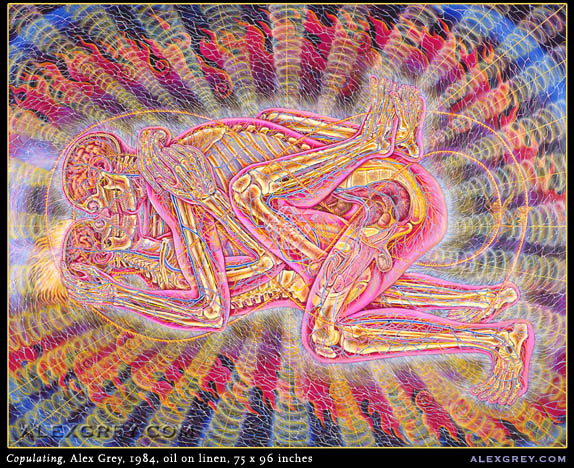 It has come to our attention that certain........let's say risque matters have come up frequently in the yarns of particular indivduals within our clandestine organization of artistic endeavours in relationship to a certain fine life craft many of our members indulge in. Of course, I'm talking the wonderous but alas ever so controversial issue of SEX within the marvelous reality model of MO'GO.  Now when most people ask about such matters I typically spout some gibberish of looking within the hieroglyphs, noticing the images/networking/connections/mass fuckaroos that are going on right now that combine to create this conspiracy we have decided to call "REALITY" or i just plainly look them squa in the eye and shout = "I KNOW NUFFING!" 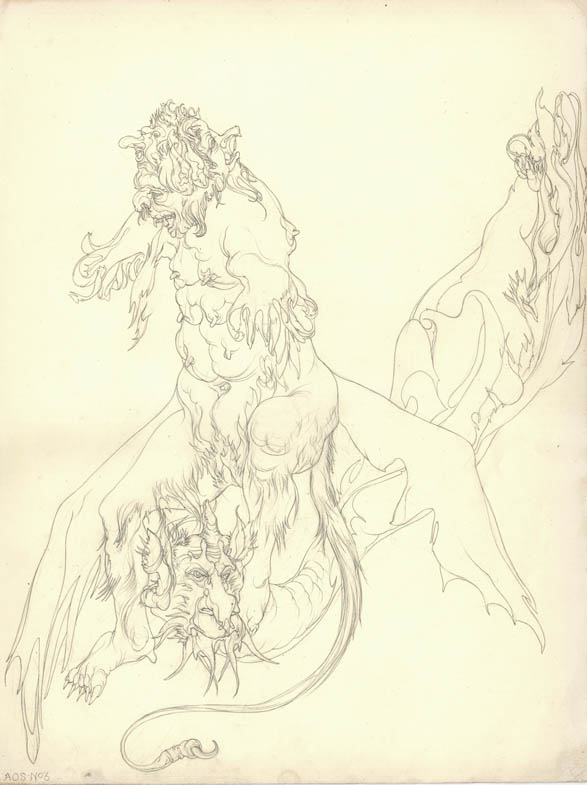 Well of course that isn't the case but it's just a touchy, feely hard to explain-y without bein' considered either A) a pretentiously perverted nut job or B) a complete and total ass. 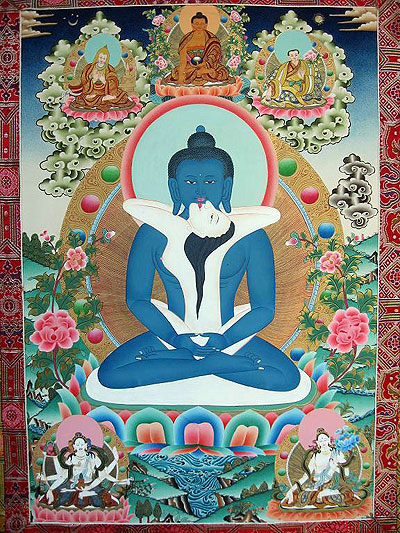 HOWEVER
in the midst of certain brow batin', eye meltin' studies and a recent acquiring of an e-reader (which i advise everyone do..........specially if they want to read earlier postings or just have an avid taste for literature of all sorts) I have just found THEE most literal guide imaginable. Now this isn't the usual sort of affair. No Gibberish regarding huge mythology or symbol systems that have to be swallowed in order to make either heads or tails of any of the lurid details. No. This is a Neo- Reichian Body Psychotherapy (say it with me kids) Handbook detailing real actual techniques involved in certain physiotherapies (AND yogas) to maximize energy flow in ones body. In essence, they are magic tricks (or techniques or practices, if one so nobly categorizes) that allows one to become more loose, deprogram old emotional armoring techniques in ego-games/reactions and aid one in getting more in touch with one's self and body.  We're talking straight. No BS. Plus, if you gain anything out of this it will be the enjoyment of the pictorial guides of awkward nude positioning that appears to have cum straight out of the Joy of Sex. 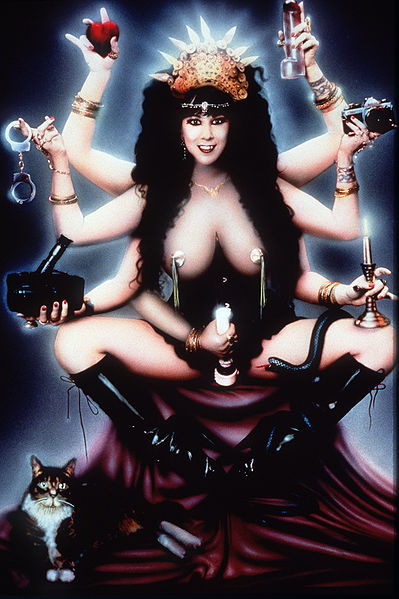 Of course we can argue that this is conderiably dated but hey, good old fashioned awakening techniques will never change. But this is only for one who wants to get more in touch or get rid of some awkward habits and learn to relax more. To tune oneself to become a better instrument. Attain the state of eternal 0?=2! (PER FUCK TRANS UNUM) to achieve mystical oneness (Duality = The Omnipresent Singularity) Still, nottin' wrong with the good ol' in 'n out but were just throwing out some suggestions of alternate pathways or possibilities. Not just in yr. erotic affairs, but in the entire swing of every which SWING THATS SWUNG. (inspiratonal catch phrase) Whatever though. It's yr. life, you rune it your own way. Still it's good to remember one of ol' AOS aphorisms

"All things fornicate all the time."

But'eh. While there are more "mystically" bent books out there........most of it seems to be utter crap. The only others i can recommend off the top of my head would be Modern Sex Magick by Donald Michael Craig & Secrets of Western Sex Magick by Frater U.D. These two lugs are pretty nifty and chalk full of spells, techniques and many strange und unusual wunders collected from the Western Magick Tradition. 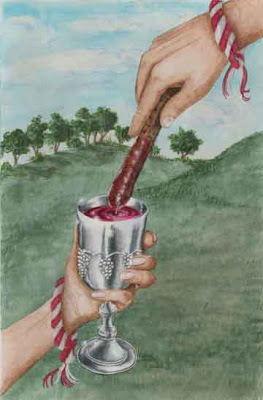 These however are verbose and a little bit much to dig through to get anything juicy from. As such they pale in comparison to this recently found number. Don't get me wrong folks. MSM has plenty of introduction to the subject and some fabulous ideas (everything from designing talismans to ritual design to holding your own sigil sex romp grotto) and Secrets of WSM is the closest thing your gonna get to a step by step to the OTO German Occultist Style Sex including complete sections dedicated to necrophilia, corporphilia, black masses, the inner workings group sex workings psychology, alchemical studies and just wee bit of a look through the gaze of TANTRA (which while closely related to the subject actually relates to a whole tradition stemming from Hinduism and certain regional Animistic ideas tied together into a very underground and frowned upon spiritual sects).

Lets face facts. Everything that was just said, sounds well.......intimidating. this is for zee most hardest of core. Many Beginners will be understandably confused and just down right unprepared. But it could be worse. Either way, daunting though these works may be, its just to give one an understanding on how to bring all aspects of liefe into a magical focus. moreover, it is a brilliant way to understand how gnosis works and the inner workings of one immediate connections through to the deepest aspects of unconscious thought. There are many other fascinating writings but most turn out to be cabbit shiet......still, take a look at this bleedin' market. most people find FAR FAR FAR FARFAR WORSE......look at Cosmo or for good gangrenous cock's sake THE INTERWEB. 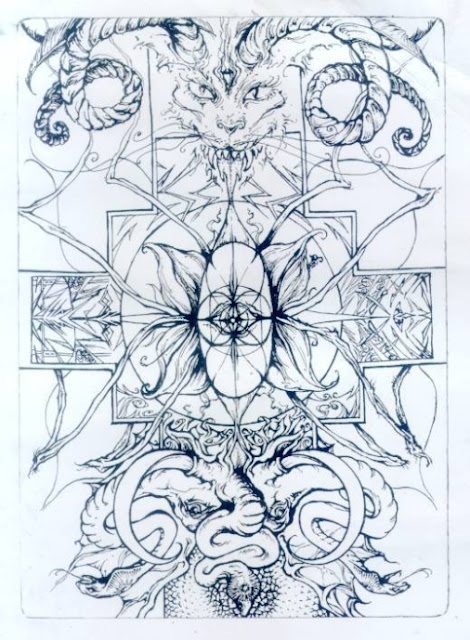 2 Other Books of Entertaining Interest for those who are intriqued(The Metaphysics of Sex by Julius Evola & Demons of the Flesh by Nikolas and Zeena Schreck) offer a wider insight of historical expertice on the lurid matters of sacred sexuality. The scope of the two works is quite immense and accumulates facts from the widest variety of sources. There is guffs. Of course. Hell Infact, I personally despise many of Evola's views but you gotta admit he knows his way around the sacred bush. These could condiderably assist one in constructin'/studyin' a working cosmology (create), give one ideas for one's own experiments/fun/practice(cavort), or (my personal favourite) handy refreshing conversation starters about the mysterious and fucked up sexual kinks of our fugly short ancestors(chortle). 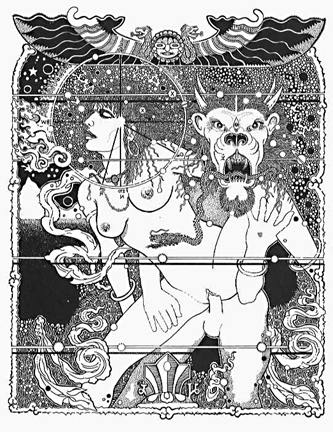