Because this world is on the wing and what cometh no man
can know
O Phantom that my mind pursues from year to year descend
from heaven to this shaking flesh
catch up my fleeting eye in the vast Ray that knows no bounds
-- Inseparable -- Master --
Giant outside Time with all its falling leaves -- Genius of the
Universe -- Magician in Nothingness where appear red
clouds --
Unspeakable King of the roads that are gone -- Unintelligible
Horse riding out of the graveyard -- Sunset spread over
Cordillera and insect -- Gnarl Moth --
Griever -- Laugh with no mouth, Heart that never had flesh to
die -- Promise that was not made -- Reliever, whose
blood burns in a million animals wounded --
O Mercy, Destroyer of the World, O Mercy, Creator of Breasted
Illusions, O Mercy, cacophonous warmouthed doveling….” 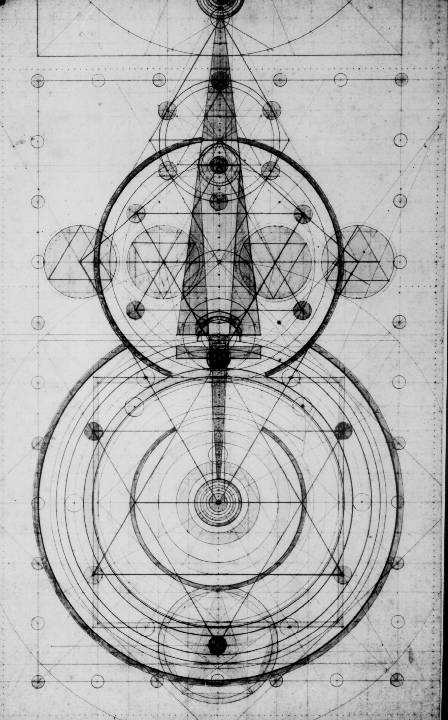 Come,
invade my body with the sex of God, choke up my nostrils with
corruption's infinite caress,
transfigure me to slimy worms of pure sensate transcendency
I'm still alive,
croak my voice with uglier than reality, a psychic tomato
speaking Thy million mouths,
Myriad-tongued my Soul, Monster or Angel, Lover that comes
to fuck me forever -- white gown on the Eyeless Squid --
Asshole of the Universe into which I disappear -- Elastic Hand that spoke to Crane –
Music that passes into the phonograph of years from another Millennium -- Ear of the buildings of NY --
That which I believe -- have seen -- seek endlessly in leaf dog
eye -- fault always, lack -- which makes me think...
Desire that created me, Desire I hide in my body, Desire all Man know Death, Desire surpassing the Babylonian possible world
That makes my flesh shake orgasm of they Name which I don’t know never will never speak –
Speak to Mankind to say the great bell tolls a golden tone on iron balconies in every million universe,
I am thy prophet come home this world to scream an unbearable
Name through my 5 senses hideous sixth
That knows Thy hand on its invisible phallus, covered with electric bulbs of death –
Peace, Resolver where I mess up illusion, Softmouth Vagina \that enters my brain form above, Ark-Dove with a bough of death. 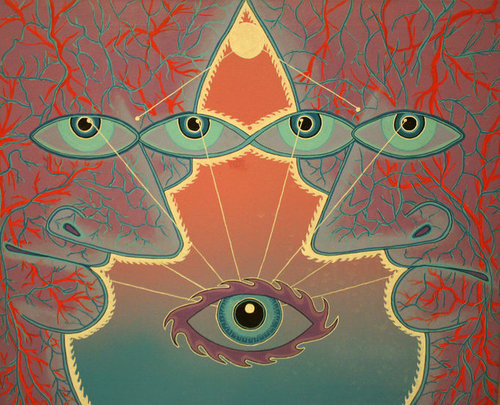 Drive me crazy, God I’m ready for disintegration of my mind, disgrace me in the eye of the earth,
Attack my hairy heart with terror eat my cock Invisible croak of deathfrog leap on me pack of heavy dogs salivating light,
Devour my brain One flow of endless consciousness, I’m scared of your promise must make scream my prayer in fear –
Descend O Light Creator & Eater of Mankind, disrupt, disrupt the world in its madness of bombs and murder,
Volcanoes of flesh over London, on Paris a rain of eyes – truckloads of angelhearts besmearing Kremlin walls – the skullcap of light to New York –
Myriad jeweled feet on the terraces of Pekin – veils of electrical gas descending over India—cities of Bacteria invading the brain __ the Soul escaping into the rubber waving mouths of Paradise –
This is the Great call, this is the Tocsin of the Eternal War, this is the cry of the Mind slain in Nebulae,
This is the Golden Bell of the Church that has never existed, this is the boom in the heart of the sunbeam, this is trumpet of the Worm at Death,
Shovel my feet under the Andes, splatter my brains on the Sphinx, drape my beard and air over the Empire State Building,
Cover my belly with hands of moss, fill up my ears with your lightning, blind me with prophetic rainbows
That I taste the shit of Being at last, that I touch Thy genitals in the palmtree,
That the vast Ray of Futurity enter my mouth to sound They Creation Forever Unborn, O Beauty invisible to my Century!
That my prayer surpass my understanding, that I may lay my vanity at Thy foot, that I no longer fear Judgment over Allen of this world
Born in Newark come into Eternity in New York crying again in Peru for ultimate Tongue to psalm the unspeakable,
That I surpass desire for transcendency and enter the calm water of the universe
That I ride out this wave, not drown forever in the flood of my imagination
That I not be slain thru my own insane magic, this crime be punished in merciful jails of death, men understand my speech out of their Turkish heart, the prophets aid me with Proclamation.
The Seraphim acclaim Thy Name, Thyself at once in one huge Mouth of universe make meat reply. 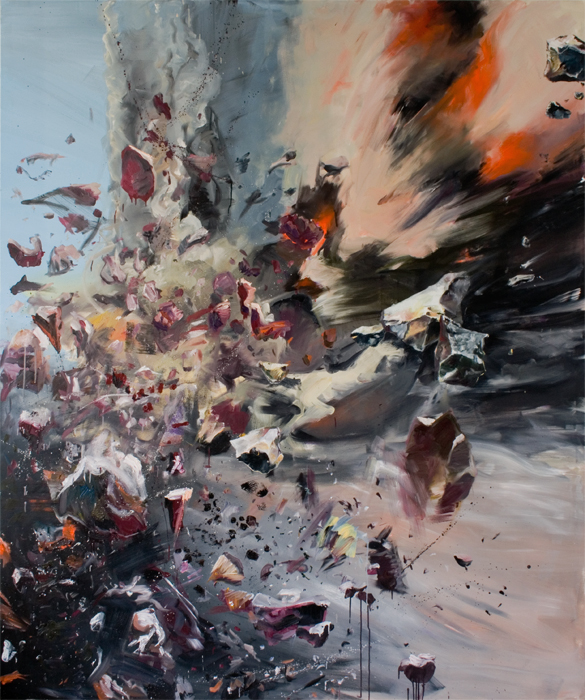 Posted by Number Two Collective at 6:47 PM No comments: