On Demonic Spirits by Duncan Barford 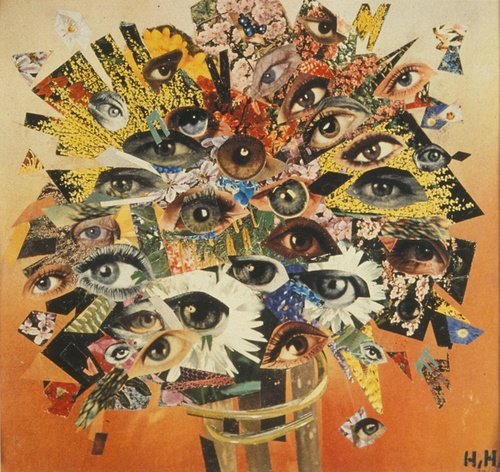 People have problems with the word "spirit".

I felt the same, until I decided that "spirit" is pretty much synonymous with information. (This is a term that people like much better.)

If you insist on regarding "spirit" as a kind of mystical, flimsy substance, you will arrive at a poor notion of spiritual beings: "they're like us, only not made of flesh but 'spirit'". Yet to argue that what defines a spirit is that it's made of spirit explains bugger all.

Instead, thinking of demons, angels, the human soul, as forms of information steers us in a more useful direction. 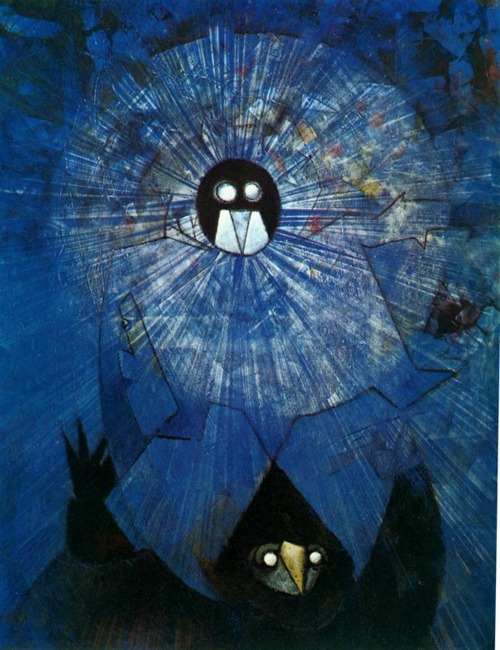 Some things have material existence. Some don't.

This is not to say that some things are more "real" than others. Very often, things that have no material existence (such as nation states, for example) are treated as very real indeed.

A daffodil has material existence.

But an informational entity, on the other hand, is composed of elements that are uniform and not necessarily sensory. A jpeg image of a daffodil, for instance, consists entirely of bytes. These elements have no remarkable sensory qualities - or none at all, it might be argued. The image of the jpeg daffodil on the screen is produced from the computer's interpretation of the relationships between the bytes.

Words and musical notes are further examples of elements that might constitute an informational entity. The attributes of the entity arise not from the elements of which it is composed, but from an interpretation of the relationships between those elements.

Now, don't get me wrong; informational entities do indeed have a material basis. Undeniably, they have material qualities. But these are of secondary importance. The typeface of your copy of The Brothers Karamazov, for instance, has little bearing on your reading of it, or on its meaning.

And this brings us to the most important aspect of an informational entity: its meaning. 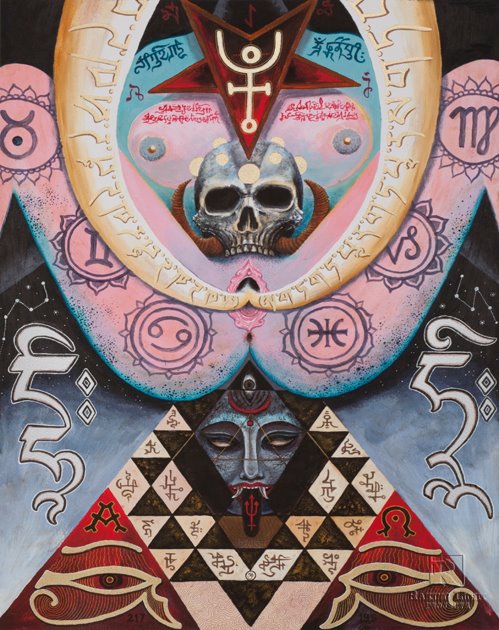 The attributes of demonic spirits can be found listed in grimoires, such as The Lesser Key of Solomon the King.

For instance, the demon Shax "is a Great Marquis and appeareth in the Form of a Stock-Dove, speaking with a hoarse voice, but yet subtle. His Office is to take away the Sight, Hearing, or Understanding of any Man or Woman; and to steal money out of the houses of Kings, and to carry it again in 1,200 years. If commanded he will fetch Horses or any other thing."

I'm not proud of my experiences with demons. So far, every working I've done has gone slightly tits-up, due to faulty intention on my part rather than the fault of the spirit or the evocation.

In the course of a particularly poorly-conceived working, I summoned Shax and asked him to bring me some cash. A few days later, I was standing in a shop when a wad of notes fell out the back-pocket of the man in front. He must've felt it fall, because he bent to pick it up, but he only retrieved a single fiver that had separated from the remaining wad of twenties. The rest was left on the floor.

Everyone in the shop had entered a trance-state during which, evidently, I was invisible, because when I bent down and picked up the money, no one saw me. I could have put it in my pocket and walked out of the shop. Instead, I handed it back to the man.

Although I ruined his good work, Shax had indeed fetched me some cash. Only later did I recall that his main office is to "steal money out of the houses of Kings". I should have been prepared that any money from this direction would be "dirty" (albeit stolen from someone who could probably afford to lose it).

I really wish I'd asked the guy in the queue his name.

It was probably Rex. 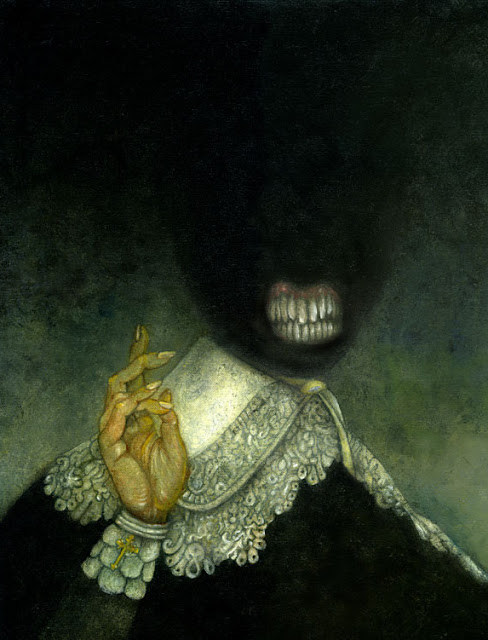 If Shax is an informational entity then, like our jpeg daffodil, he his perceivability depends on the interpretative action of another agency.

In the case of the jpeg daffodil this agency is a computer, but I suspect the nature of the agency doesn't matter - most likely it's a human being, although perhaps an animal or another type of machine can fulfil the role - as long as that agency itself is another informational entity.

It was the informational entity of my mind that acted as the interpretative agency for Shax. Without my intent, or my decision to choose him from the grimoire, or my performance of the evocation, what happened in the shop would have had no significance other than a sequence of consecutive events.

But I know better. Because I had specifically asked Shax to provide the wad of cash that dropped onto the floor in front of me.

It has often been demonstrated, both in magic and in science, that perceptions are shaped by intention. An act of evocation - in effect - is the installation of an informational entity (or spirit) between my intention and my perception. It functions like a kind of filter.

In evocation, the mind behaves like the computer, interpreting and giving to the informational entity life and meaning, until the image of the daffodil looms on our interior screen, and we perceive it as big and yellow and lovely. (In a sense, everyday reality is one continuous evocation.)

Similarly, Shax's ability to "steal money from the houses of kings" became wedged between my intention and my perception. My mind was running Shax like a computer program in order to change my reality. 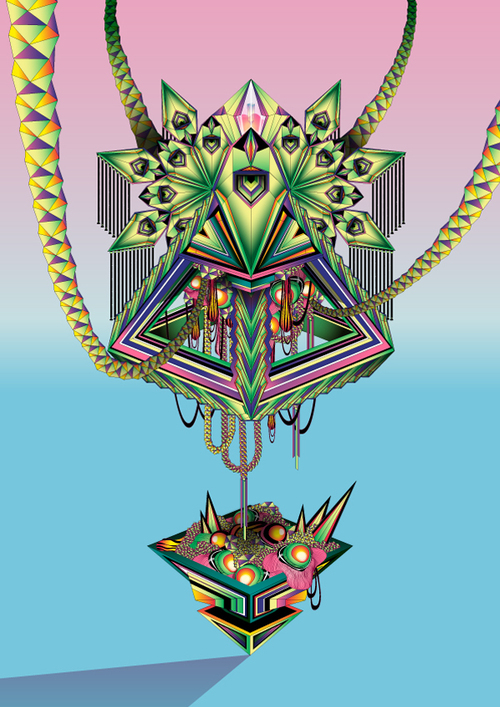 The vicissitudes of evocation

Here are some scenarios that describe the possible outcomes of an evocation:

I evoke, and my intent and the demon’s attributes coincide nicely, so the demon forms a suitable filter between my intention and perception. This is a "successful" evocation, by which it’s meant that my intention matches the attributes of the demon, and through the demon’s service my will is enabled to act semi-autonomously upon the world.

I evoke, but my intent is only partially in accord with the full range of the demon’s attributes. Either I don’t want what the demon can deliver; or the demon can’t deliver what I want. The result may contain a contradictory significance (like my Shax working), or there may be no result at all.

My intent and the demon’s attributes contradict or conflict. Unpredictable patterns of interference are the consequence. At best, the result is partial or zero. At worst, my intention is perverted, or its opposite manifests. 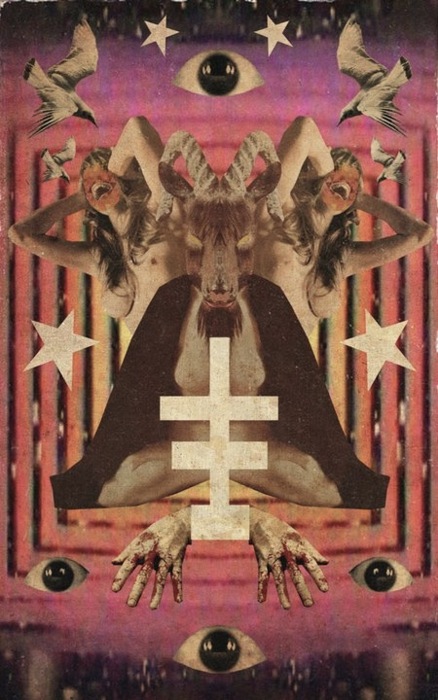 We've all seen The Exorcist. But the view of demons as informational entities casts a different light on "possession".

The demon leaves the service of a magician when it is granted licence to depart. Ideally, the transaction terminates once a result is obtained and the magician no longer needs an autonomous filter between his or her intention and perception.

However, "possession" is what might occur if the transaction unsuccessfully terminates. Instead, the demon lingers and becomes grafted onto the will of the magician. The cause of this is - once again - a fault on the magician's part. "Lust of result", or an obsession with a particular aim to the extent that even a successful outcome does not satisfy the intention may lead to this state of affairs.

Feelings of alienation, boredom, frustration, discontent, and doubts concerning the efficacy of magic are, therefore, possible indications of possession.

As Lon Milo DuQuette puts it: "Can the spirits hurt me? Yes, most definitely, spirits can hurt you. They hurt you all the time."

A demon is a static template; a fixed collection of attributes. We are most likely to uncover demons grafted onto those aspects of ourselves that are less vulnerable to change: our opinions, well-established personality traits, or those myths we have constructed about ourselves in order to make sense of our personal histories.

Fluidity, flexibility and development are the enemies of demons. We can change ourselves, but the attributes and function of the demon are fixed. The most powerful exorcism is always self-transformation, which can iron out the creases where demons might cling to us. 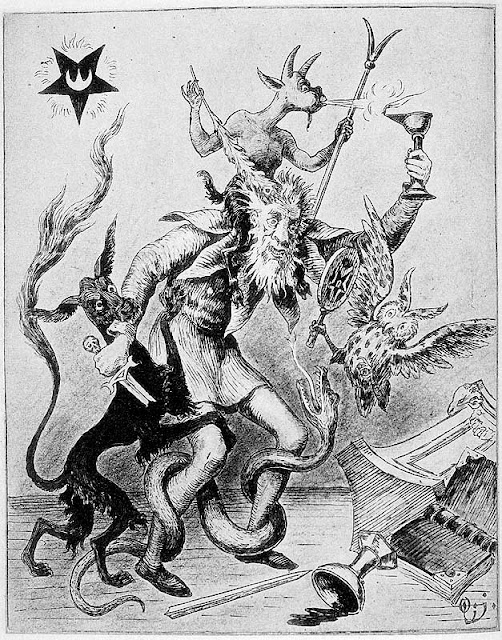 Be ye not afeard

There's no need to be disappointed, either, the next time you evoke and a misty, wraith-like entity fails to appear. (Although who's to say it won't?)

That feeling of presence, that baleful sense of being stared at from the triangle of art, is a faithful indication that the entity is active and alive. 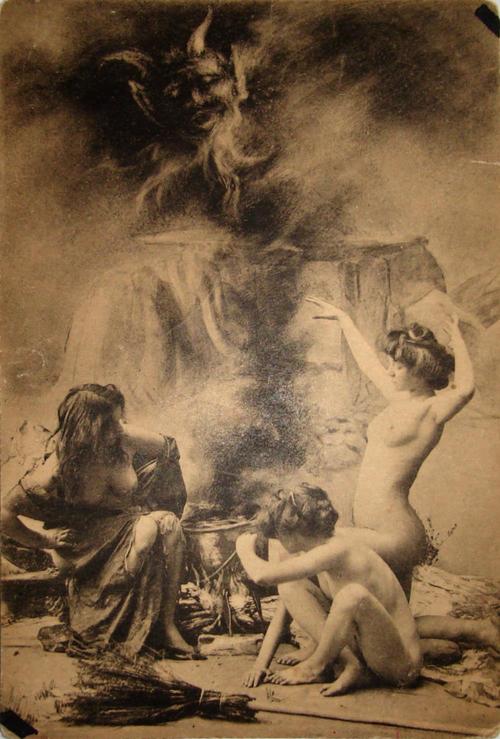 This ritual allows a group of practitioners to expose and confront their demons in a controlled setting. It was performed after I realized how constantly critical I am of other people. I found my interior carping so impossible to control that casting it from my mind into a demon seemed the most reasonable means of handling it.

Each participant chooses a personality trait or behavior over which they require more control. They then take some time to personify this entity, by drawing its seal, giving it a name (e.g. 'LOLOTRANON'), visualizing the physical form it takes ('an emaciated bald man wearing glasses with round, black lenses'). Everyone in the group describes their demon, with its powers stated in positive rather than negative terms. For instance, my demon, which manifests needless criticism of others, nevertheless has positive attributes: it is useful for cutting down to size bullies and overbearing authority figures, and for deflating egos in circumstances where this is appropriate. The aim is to harness the demon and employ it intentionally, rather than allowing it to run riot. It is up to each participant whether he or she wishes to reveal to the group the negative aspect from which their demon manifests.

The seal of demons are collected and placed in a pile. About the pile, with black gaffer or duct tape, a triangle is made. At each corner of the triangle a candle is lit. The company evoke their demons into the triangle by holding their breath to the brink of unconsciousness- or by whatever method of gnosis that is preferred.

Once the demons are evoked, the company proceeds to the end of the room where they turn their backs on the triangle of art. Everyone chants at their own pace the following mantra: This thing of darkness I acknowledge mine. Whilst the others keep their backs turned, each person takes a turn to approach the triangle for some quality time with their demon, silently or out loud, as they wish. I took the opportunity to tell my demon it had been cast out from my mind, that now i exercised full control, and that it would no longer be allowed to disparage others unless I willed it.

When everyone has had their turn, the leader of the rite gives the demons license to depart. Banish thoroughly. The triangle is dismantled and everyone retrieves their demon's seal for future summonings. Repeated use of this ritual could form the basis of a group grimoire of personal demons, as an alternative to traditional sources such as The Lesser Key of Solomon. Such a grimoire could prove powerful, since it would be based on the personality traits of group members. 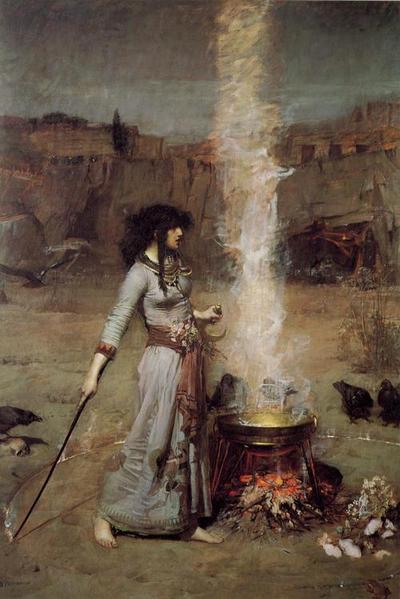 Posted by Number Two Collective at 1:13 PM No comments: