Revelations from Demian by Emil Sinclair 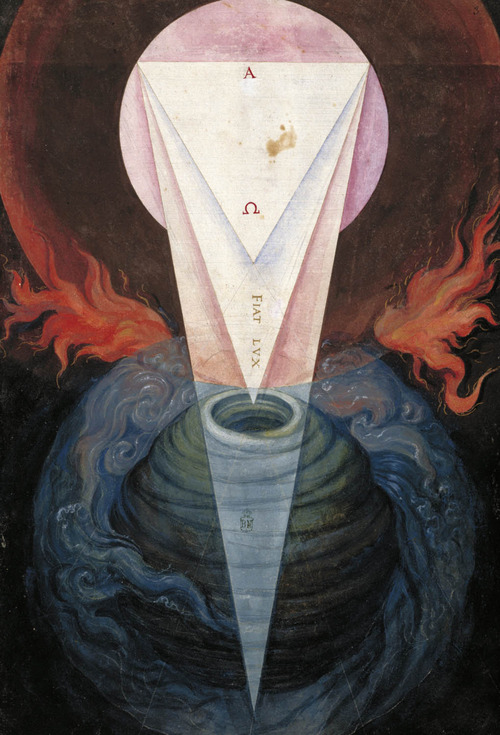 "We were lying on the floor by the fire and he was talking about the mysteries and forms of religion which he was studying and turning over in his mind and the future potentialities of which preoccupied him. All this seemed to me more an object of curiosity and interest than a really vital matter; it had a pedagogic ring about it; it sounded like tedious research among the shattered remains of ancient worlds. And all at once I felt a repugnance against the whole business, this cult of mythologies, this mosaic game he was playing with fragments of traditional religious beliefs.
. . .
I spoke suddenly in a fit of malice which both surprised and frightened me. "You ought to tell me a dream - a real dream - one you have dreamed during the night. What you are telling me is all so damned antiquarian!"

He had never heard me speak like that before and I immediately realized with a mixture of shame and horror that the arrow which I had fired at him and with which I had pierced his heart, had come from his own armory- and that I was now returning to him with sharpened bards the self-reproaches which I had sometimes heard him utter in his ironical way.
. . .


A voice inside me said, 'No,no, I am wrong,' but I could not say it aloud. I knew that with brief words I had put my finger on his fundamental weakness, his affliction and wound. I had probed the place where he was unsure of himself. His ideal was 'antiquarian'- he was a seeker in the past, a romantic. And suddenly I realized very forcibly that what [my friend] had been and had given to me was precisely what he could never be and give to himself. He had shown me a way which even he, the leader, must by-pass and abandon.
. . .

When I hit out I thought I was aiming my blow at a tough, well-armed man but now it turned out to be a quiet, suffering defenseless creature who was surrendering without a protest.
. . .
Now for the first time I understood [my friend] and was able to reconstruct in my mind the whole dream he had set himself to fulfill. He had wanted to be a priest, to announce the new religion, provide new forms for the movement, serve it with love and devotion and create a series of new symbols. But it was beyond his power to do so; this could never be his function. He lingered too much in the past, his knowledge of ancient days was too precise; he knew far too much about Egypt, India, Mithras and Abraxas. His love was bound up with symbols that the world had already seen and in his heart of hearts he realized that the New must be really new and different and must spring up from new soil and not be created from museums and libraries. Perhaps his function was to help lead men to themselves - as he had done in my case - not to provide them with the yet unspoken message and their new gods. 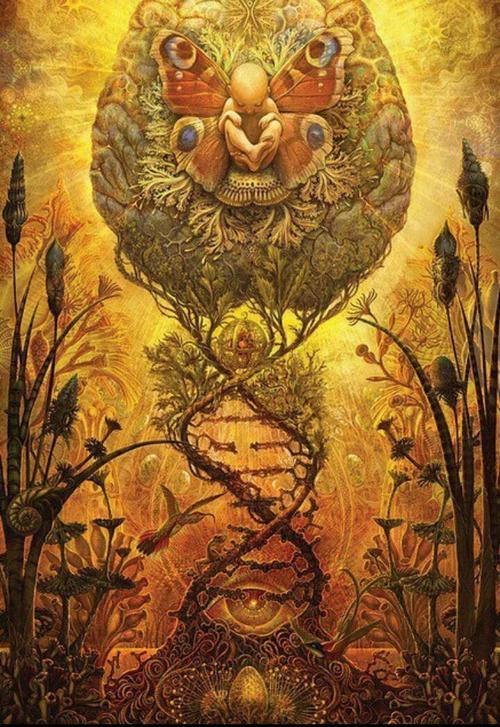 And at this point I felt the truth burning within me like a sharp flame, that there was some role for everybody but it was not one which he himself could choose, re-cast and regulate to his own liking. One had no right to want new gods, no right at all to want to give the world anything of that sort! There was but one duty for a grown man; it was to seek the way to himself, to become resolute within, to grope his way forward wherever that might lead him. The discovery shook me profoundly; it was the fruit of this experience. I had often toyed with pictures of the future, dreamed of roles which might be assigned to me - as a poet, maybe, or prophet or painter or kindred vocation. All that was futile. I was not there to write poetry, to preach or paint; neither I nor any man was there for that purpose. They were only incidental things. There was only one true vocation for everybody - to find the way to himself. He might end as poet, lunatic, prophet or criminal - that was not his affair; ultimately it was of no account. His affair was to discover his own destiny, not something of his own choosing, and live it out wholly and resolutely within himself. Anything else was merely a half life, an attempt at evasion, an escape into the ideals of the masses, complacency and fear of his inner soul. The new picture rose before me, sacred and awe-inspiring, a hundred times glimpsed, possibly often expressed and now experienced for the first time. I was an experiment on the part of nature, a 'throw' into the unknown, perhaps for some new purpose, perhaps for nothing and my only vocation was to allow this 'throw' to work itself out in my innermost being, feel its will within me and make it wholly mine.

Posted by Number Two Collective at 12:40 PM No comments:

The Gnarly Tree by Chuang Tzu 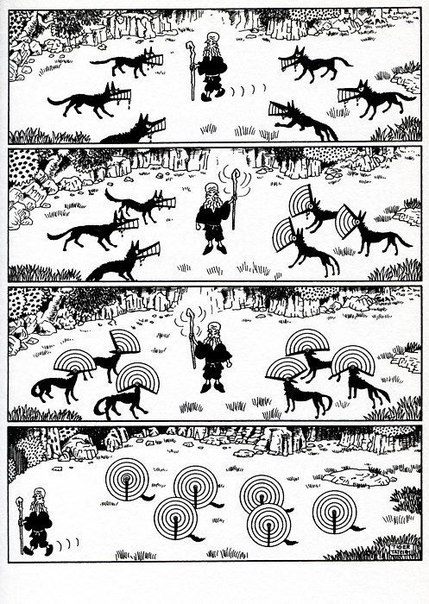 “Once a master carpenter named Shih was travelling with his apprentice on his way to the state of Chi. When they arrived in Chu Yuan village they passed a huge old oak tree sheltering the village shrine. It was huge, large enough to fit several thousand oxen under its branches. It was 100 spans and towered over everything else in the village with its lowest branches a full 80 feet in the air. These branches were so large they could have been made into a dozen boats. Many people were standing under it, their necks craned as they tried to see the top. But the master carpenter did not even turn his head as they passed it; but walked on without stoping for a moment.

His apprentice took one look at the immense tree and ran after his master saying: “Since I first took up the ax to train with you Master, I have never seen a tree as magnificent. Yet you do not even look at it, much less stop. Why is this?”

The carpenter said, “Enough! Not another word about this tree! Its wood is useless. A boat made from its timber would sink; a coffin would rot before you could put it into the ground; any tool you made from it would snap. It has too much sap in it to make a door, and a beam made from its wood would be full of termites. Altogether it is a completely useless tree and that is why it has lived so long.” 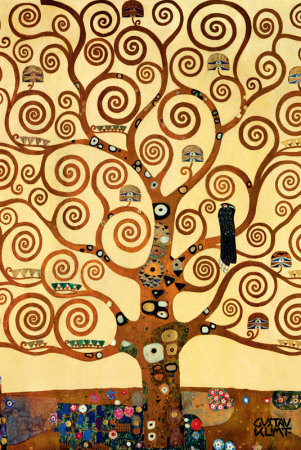 One night, after he returned home, the ancient tree came to the carpenter in a dream and spoke to him. “What are you comparing me too,” it asked, “useful trees like cherry, apple, pear, orange, citron and all the other useful trees? Yet for these trees, as soon as the fruit is ripe they are stripped; their branches are broken and torn off. It is their usefulness that causes them so much abuse. Instead of living out the years heaven has given them they are cut off halfway through. So it is for living things. This is why I have worked so long to cultivate the spirit of uselessness. I was almost cut down several times but I have been able to attain a great level of uselessness and this has been very useful to me. If I had been more useful I would never have attained the great age that I have, and grown so large.

“The two of us are similar. We are both just beings in the world. How is it that we go about judging other beings? You, an old and worthless man, about to die, how can you judge me and call me worthless?” 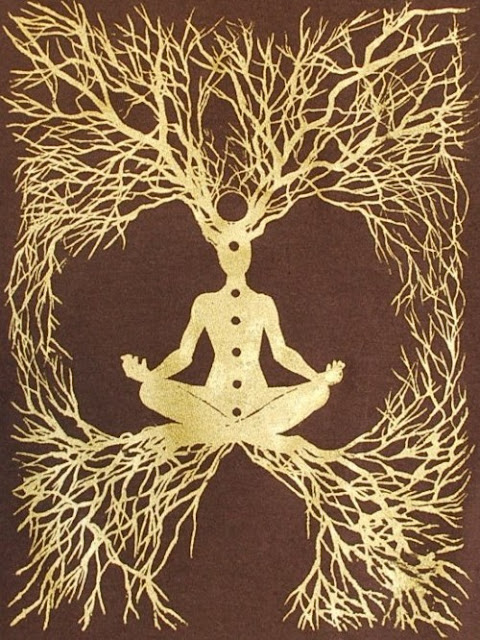 Shih the carpenter awoke then and spent a long time lying in his bed trying to understand this strange dream. Later, when he shared his dream with his apprentice the young man said, “If this ancient tree is so interested in being useless why has it allowed itself to become part of the village shrine?”

His master said, “It is only pretending to be a shrine. It is its way of protecting itself. Even though its timber is useless, if it were not a shrine it would have been cut down long ago. It is totally different from other trees. You cannot hope to understand it!” 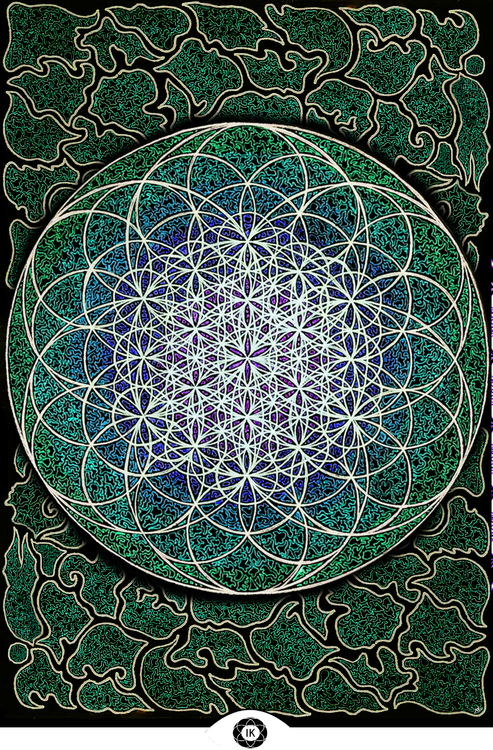 Posted by Number Two Collective at 2:32 PM No comments: